Sweden ”What´s behind our school”

What´s behind our school

We worked with the animals in the surrounding area around our school. The pupils had to choose which animal they wanted to learn more about. The pupils got research around the animal, and many of them chose birds and insects. They found out how they grow up, how they winter and what kind of living they prefer. Those who chose birds and insects were then commissioned to make bird and insect caves. They found out what kind of hatch their bird / insect would like to live in, count on the usage of materials and how to set up the hole without damaging the "host tree".

An example of text about an animal near our school:

Cat Owl
Kattuggla is called Cat Owl in english, and is found in almost all of Europe, including the forest outside the school. The cat owl gets about 3 kids each year and is very beautiful. The cat owl is not a migratory bird. The cat's owl is not endangered. The cat owl eats whole mice and rats. 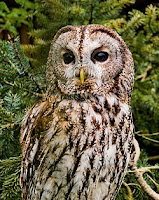 When the students were finished, they reported their skills to each other and materials were ordered. During a few intense weeks, many lessons was devoted to building different kinds of hollows.

Measuring and sawing the different parts 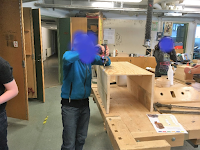 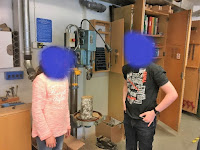 Insect cavities are sown and drilled 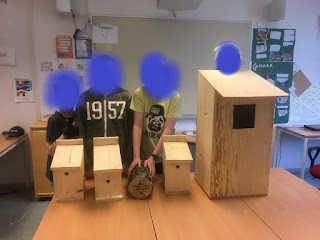 Some of the hollows made by grade 6

When it was finished it was time to put up the different hollows, climbing aids were called in and the first hollows could be set up. Sadly, we could not put the hollows around the school as we planned, as there are plans to build houses in that area. We have instead deployed hollows in different places in the immediate area where there are no building plans.

Insects cavity on Place in the Birch 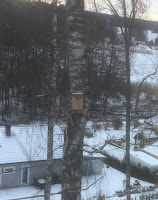 Hollow in a birch 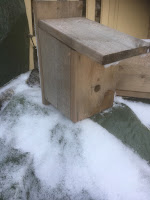 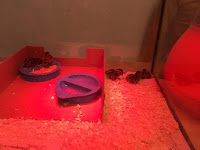 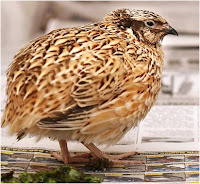 After the hollows were set up we arranged a quail egg and an egg whipper to follow the course from egg laying to hatching close up. After seventeen days, six small quail hooks were hatched and moved into an aquarium, very loved by our students.

The Pupils have learned a lot about different animal species and that has raised a lot of questions all around, why some species move while others stay in Sweden? Why do some birds put more eggs than other birds in one summer? Why do not all migratory birds go abroad? How do they find the right way when they have never been there before? There have been many funny questions and facts and very knowledgable searching in books and online.

'what´s behind our school animals and nature environment

Popular posts from this blog

Future for the planet year 1 in Sweden! Here is our short summary of  our work in Bålsta the first year of the project! 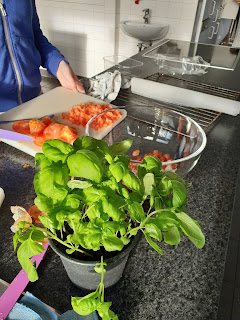 A 12 - Healthy food – healthy Living in Germany
Classes 10 travelled to Austria – skiing. To be fully prepared, the learned to calculate recipes, create shopping lists, managed shopping and trained to cook. Other classes as well participated in healthy cooking.

Stay fit
All students of our school participated in a sports festival. In several disciplines students had the chance to enjoy movement and compare their abilities to the ones of other schools. Students had to run short and long distances, throw balls, jump or participate in fun games such as water transport.


Read more
July 08, 2019
Swedens students wanted to make more active brakes, one thing is no mobile phones at school and the other is making the playground outside funnier -  so we decided to make an action path. The path not all ready yet, it was raining a lot this spring and summer, but it will be ready when the weather is better!!!